Why We Need Nature Lovers Organization 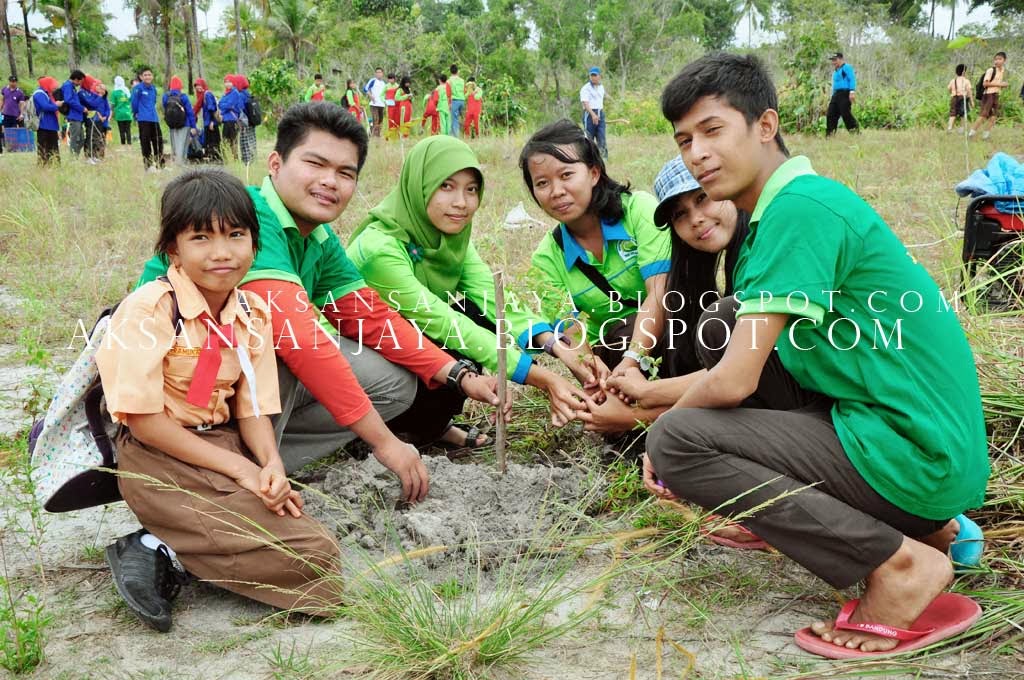 Indonesia produces 40 percent of the world’s tin[1]. Most of Indonesia’s tin production comes from Bangka Belitung Islands Province. Centuries of mining have changed Bangka’s soil function and left it in a critical state. The tin mining is conducted both on land and in the sea. The dredger exploitation has caused coral reefs to bleach[2] and anglers’catches have reduced to 20%.


This condition worsened after the public mining era, which started from 2000. Many farmers switch profession to tin miners. In addition, the mining management went out of control and disregarded the rules of environmentally friendly mining. The lacks of environmental awareness and unsupportive regional government policy have caused Bangka Belitung landscape to become more and more disordered.


Thisis the reason why PucukIdatNature Lovers Organization was born[3]. The non-profit organization was formed in January 2010 in Bangka Regency,Bangka Belitung Islandsprovince, Indonesia. It is a legal corporation based on the notary official document number 3 dated 23 December 2009.


This organization started humbly by recruiting high school and undergraduate students into its community. The activities are simple, such as camping and planting trees in the beach areas[4]. Other examples are cleaning villages’ streets and planting mangroves at the shoreline[5].

Since it is just a small non-profit organization, it does not take a genius to know that money is not the goal. The sense of inner satisfaction is more than enough for us, especially since it is getting rare in this more and more hedonistic world.


Besides the recruitment, this organization problem also lies in promoting the idea of environmental rescue to the society. We find it hard to rely on conventional media such as newspapers or events because of the limited budget and human resources.


Therefore, a proper strategy is needed to effectively and efficiently increase the environmental awareness in the society.


We thought that utilizing the information technology would be a great idea in order to create a proper strategy. The work on environmental awareness can benefit from the internet era.


The basic idea is to do a campaign using new media. The new media in the communication concept is a media that comes from the internet technology development, creating a concept called citizen net, blogger, online journalism or participatory journalism. Another phenomenon is citizen journalism.


There are several ways to utilizeonline media for the green campaign.The first is to use social networking site such as Facebook[6]. This site can be an effective place to deliver environmental messages. Indonesia has 50 million Facebook users, the fourth largest in the world. It means that this is a potential way to target messages.


Second, we can utilize the social media canvas such as blogs. Initially, blog or web log is an application provided by a site for discussion or chatting forum. Currently there are various types of blog, from scientific blogs to narcissistic blogs. There estimated 160 million blogs around the world. This is a convenient way to express yourself through online media.


Microblog sites such as Twitter are also viable option. Short messages in the form of text or photo can be viewed easily through smartphones or gadgets without having to see them on the computer. Other useful sites for spreading the environmental rescue ideas are community forum sites, i.e. kaskus.co.id or detikforum.com.


These types of campaign are simple and cost-effective because they don’t need a complicated process. All that is needed is a thinking process and research (if necessary), and the next step would be posting or uploading them.


The challenge lies in the idea and the packaging. I think that this is a personal matter, because we are involved in the media that is personal in nature. Since the way to determine the issue is personal, there are no basic standard or specific rules needed. For example, we can use our own style of language or even skip the proper use of Bahasa Indonesia. Even the use of the recently popular “Alay” language as the message accessories is allowed.


As a small example, we are going to talk about garbage. Quotes such as “BuanglahSampahpadaTempatnya” (Dispose of Waste in Place) can be tweeted in Twitter. Alternatively, a big theme such as Stop Illegal Mining or Stop Illegal Fishing could be effective when used in blog articles.


Those who love photography can focus on taking pictures of the ex tin mining areas such as damaged coral reef or barren hills. This can trigger the viewer’s emotion. We can also upload a video with environmental theme including rescue efforts in YouTube, a popular video sharing social media.


The message packaging can be adjusted to each person’s preferences. The internet has provided the media to channel it, and we should make use of it. The most important thing in this campaign is the environmental rescue issue. The message packaging may be different, but the issue is still the same, which is green campaign for environmental awareness.


Some of the important things to be kept in mind in delivering informationare accuracy, originality, and accountability principals. These principals are important so that the message delivered is objective. Alternatively, if a person wants to copy paste the information, he or she should mention the original source to maintain the audience’s trust.


Bill Kovach explained this thoroughly in his book entitled “Blur: How to Know What's True in the Age of Information Overload”. Each person can produce information like any press organization. The downside is that not all of the information produced is credible. This is where information producers’ credibility is tested.


Back to environmental issues, we have to consistently reverberate it when we know how exploited our earth is, particularly in Bangka Belitung. We need to learn from Friends of the Earth, who interviewed many people starting from tin miners to university lecturers. The NGO came all the way from England to get data on tin industry[7].


They are active in campaigning protests to Samsung and Apple, the information technology giant who uses Bangka’s tin, which ismined in destructive ways. We need to thank them.


I remember how my friends in Belitong made an FB fanpage called “Save Belitong” to reject the entry of suction vessels to Belitong waters. The facebookers’ supports were huge. As a result, the suction vessels plan was canceled. This is proof that onlinemedia can do anything.


This is the time to act. No need to do big, it is enough to just do what we can according to our own personal capacity. Online nedia enables us to act. Those of you who feel that you belong to this islands province are obliged to protect our beautiful islands.


PucukIdatorganization has no intention to offend or put the blame on tin industry because our landscape has always been irregular since the days of Sriwijaya, when Bandar City stood gloriously at the edge of sungai Menduk face to face with Sriwijaya at Musi headwaters.


PucukIdatexists in Bangka as a non-political social movement to flick Bangka Belitung people’s awareness that every human being has the right to live in a healthy environment, that we are on the same side of the earth, and we all deserve to live here. There is an ecosystem,a great living space that is running and needs balance. (Aksansanjaya).